Editor’s note: Marsha Inman led the group in prayer using this “directed prayer” style while at the Stonecroft Regional Administrator retreat in January. Use this directed prayer in your Planning Team meeting or at a Prayer Connection.

Many strong leaders are mentioned in the Bible, and it’s helpful to see how God prepared them for their roles. In Exodus 3 and 4, we see God’s call to Moses, and get some insight into how God led him to the point that he was ready for the task ahead –  even though Moses didn’t think he was ready. When God first speaks to Moses, he had been faithfully shepherding his flock for about 40 years. Some of you ladies have been shepherding your flocks for many years as well; some maybe even as long as 40 years. Spend some moments silently thanking God for the opportunities He has given you to serve Him in this way.

Moses’ life had certainly not turned out the way he thought it would when he was a younger man. He had been raised as a prince in the most powerful and advanced civilization of his day, yet here he is, on the back side of the desert, with only sheep under his command. For many of you, your life has not turned out the way you thought it might. Take some time to silently talk to God about where your life is. Perhaps you feel underutilized or even forgotten by Him. Share your heart with God and be honest with Him.

Let’s get back to our story of Mose. Suddenly, God shows up in a big way – in a burning bush! God speaks to Moses and lets him know that He has seen, He has heard, and He has a plan. God sees you, too. He hears your cries, and He has a plan. If he has seemed far away, it is an illusion, because we know Emmanuel, God with us. Quietly recall times when God showed up in unmistakable ways in your life. Thank Him for those times and let Him encourage you that He sees, hears and has a plan to use you and meet you right where you are.

God shares His plan with Moses, and it is big. It is bigger than anything Moses would ever have dreamed up on his own. According to God, Moses is going to approach the most powerful man in his world, Pharoah, and demand that he release his millions of slaves to Moses. This plan is so outside the box that it is crazy. Moses felt unprepared and overwhelmed. Have you felt that the task ahead is too big for you? Speak silently to God about your concerns.

As Moses begins to give God all the reasons he’s the wrong man for the job, God takes a gentle and loving approach with him. He doesn’t condemn Moses for impertinence or disobedience. He just asks Moses what is in his hand. What was in his hand was a staff, something he was so connected to and familiar with that he didn’t even notice it anymore. He had been using it in his shepherding work for decades, and probably thought he knew everything about it and all it was capable of doing. What is in your hand? What gifts or tools have you been using in ministry for years, or even for decades? Ask God to show you what is in your hand.

God surprisingly asked Moses to throw his staff on the ground. I doubt that he expected anything to happen, yet the staff turned into a snake! The staff that was a familiar tool to Moses was supernaturally empowered by God and transformed into something new with a different purpose. You know what is in your hand. Is God asking you to release it to Him so that He can do something new with it? When He instructs you to pick it back up again, it will have His power in it and be able to reach people in ways that you can’t imagine. See if God is asking you to release anything to Him so that He can empower it in new ways. Trust Him to do the supernatural work that you cannot.

Lord, we love You and we trust You. Thank You that You have seen us, that You have heard our cries, and that You have a plan. Help us to listen well so that You can direct us in the way You want us to go. It is our joy to serve You. You are worthy of our praise.

We make these requests in Jesus’ precious name. Amen. 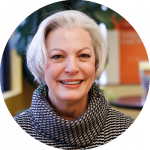