Chi Chi Abando-Norman loves Detox. She embraces its purpose because she’s lived it.

“I love the fellowship and new friendships, the positive atmosphere, the energy, and I love the women,” says Chi Chi, a Detox development team member.

Chi Chi says women in this age group need Detox because they’re busy taking care of husbands, kids, pets, and the house. They are stay-at-home moms, wives, singles, and some are caregivers for parents. All are in need of balance.

Chi Chi appreciates the Detox approach to evangelism because its focus on building relationships opens conversations to share the Gospel.

“We build rapport and trust first,” she explains. “Then a woman realizes that ‘I need relationships. I need Christ.’”

Chi Chi has benefited from Detox herself, but in an unexpected way. She led its second pilot in Red Wing, Minnesota, in 2013. She admits she likes to take charge of everything and starting work on all the Detox preparations. Suddenly she realized she was going against the Detox message of a balanced lifestyle that includes not trying to do it all herself. She asked for help and then delegated some of the organizational responsibilities, such as finances and guest list maintenance, to others.

“I learned how to lead,” she says.

When the pilots completed in 2015 and Detox rolled out as a national outreach, Chi Chi felt accomplishment. “I was proud that I contributed to something bigger than myself. The weekly calls, emails, lengthy discussion, I was able to see it through to fruition. I thought, ‘This is wonderful, energizing. It will make a difference in women’s lives.’” 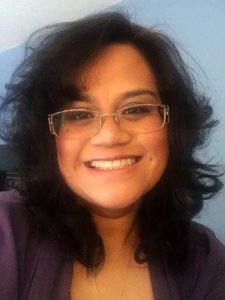 The New York City native moved to Minnesota 9 years ago. While still in the unpacking stage, she was invited to a Stonecroft Bible Study. Her relationships there led her to participate in the Red Wing Women’s Connection, the Group she eventually chaired for seven years.

“Stonecroft was my saving grace. It allowed me to network with other people in my community,” she explains.

Now Chi Chi lives in South Carolina and seeks to organize not one, but possibly two, Detox events in her state. She looks forward to engaging Stonecroft volunteers as well as younger women from other groups to become involved with the outreach.

She envisions Detox to be the place that draws in women who seek relationships, including those new to the area, just like the Women’s Connection did for her in Red Wing.

“I want it to be a great place to meet other women. A place where they can become spiritually grounded,” she says.