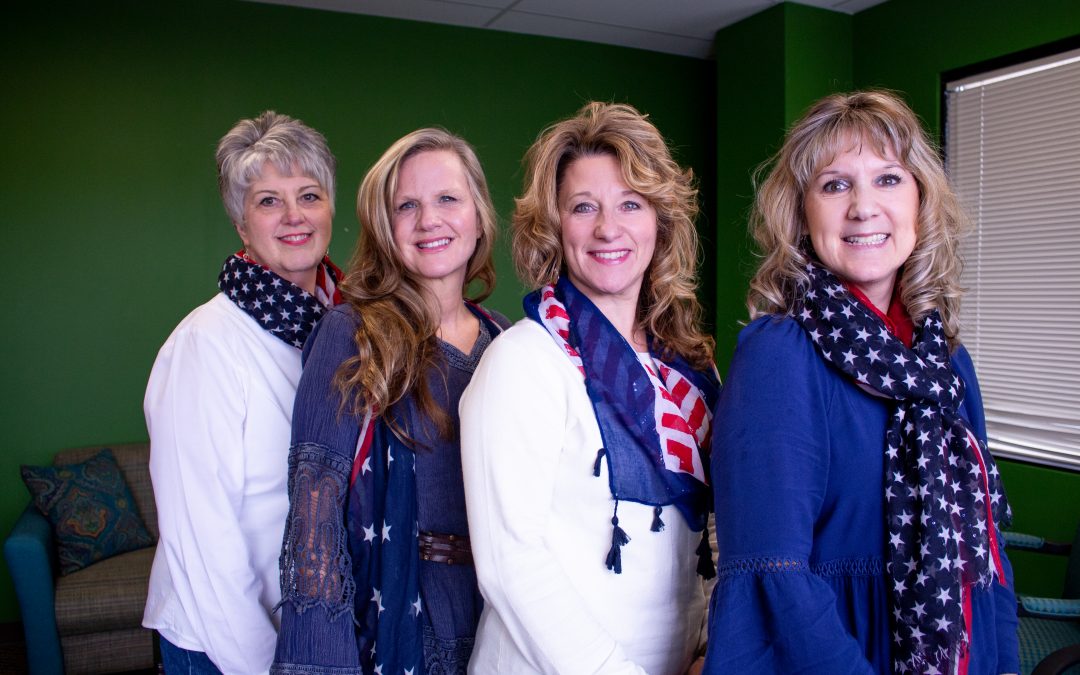 “Nobody has ever asked me that,” Kaya* said, crying, as she sat at the table with several other women. The story of her baby’s death from sudden infant death syndrome spilled out. “What could I have done differently?” Her question seemed to be as much for Kaya as for her listeners.

The Stonecroft National Military Team hosted this luncheon for 15 military wives from across the nation. The Team asked them, “What is one thing in life you’re struggling with?” The women took the risk and responded. Through their hard, real answers, they bonded.

It was one of many gatherings for the four-member National Team as they crisscross the country visiting military spouses and servicewomen at posts and bases. They have recently traveled to South Carolina, Colorado, Georgia, Kentucky, Nebraska, North Dakota, Oklahoma, Wyoming, Washington, and Washington, D.C. When they’re not on the road, they’re on the phone, encouraging their volunteers in their mission to share Christ with peers. The Team spends a lot of time pouring into the lives of volunteers who lead Stonecroft’s nine military hubs.

It’s important to keep nourishing and cultivating leaders, Teasia Levin, National Military Consultant, explains. Much of this is training new leaders to hold outreaches after their commissioning, a special ceremony that indicates volunteers are ready to lead. So far this year, 25 leaders have been commissioned!

The Team is invited this summer to conduct part of the chaplain assistants’ training at Dobbins Air Reserve Base in Georgia. They will demonstrate Stonecroft outreaches so the assistants will understand an outreach model and how Stonecroft Military can help them in their assignment.

One of the Stonecroft Military outreaches is Pretty Hurts. During this gathering, women have authentic discussions and reflection so they can find beauty in their imperfections and the disappointments that military life sometimes entails.

The Military Team asked a Pretty Hurts question when Kaya shared her story of heartache. That question started an experience that drew Kaya to Stonecroft. The young mother fell in love with the ministry’s mission and wants to become a trained Stonecroft Speaker.