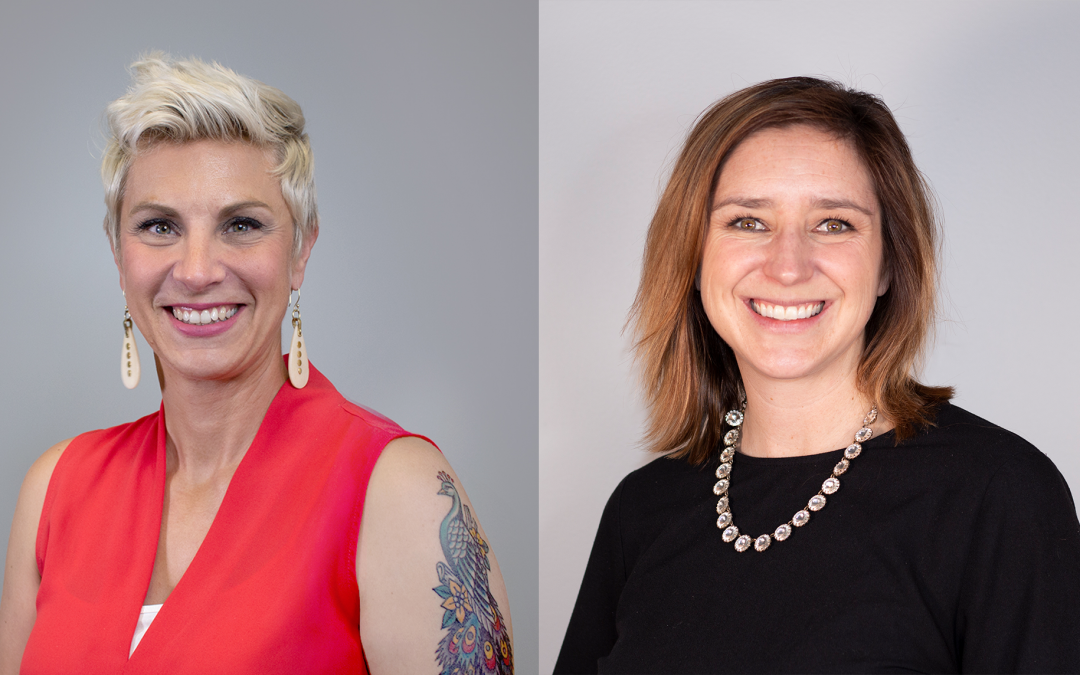 Meet Jessica Leep Fick and Whitney Putnam, Stonecroft’s Ministry Engagement Directors. In these new positions, Jessica and Whitney help people to partner with Stonecroft so more women can experience Christ’s love. Stonecroft’s vision is to sustainably reach 1 million women by 2025 and secure a strong financial future. Jessica’s and Whitney’s roles are to help make that happen.

They travel to meet with volunteers, showing them appreciation and connecting with them to create a flourishing financial future for Stonecroft.

Jessica says she has been inspired by the “boldness and faithfulness” of the many Stonecroft women she’s met. “I love hearing stories of how they’ve invited women at health clubs, neighborhoods, nail salons, and churches to come to Stonecroft. Their stories have challenged me in my personal evangelism to invite others.”

Whitney is an author and the founder of a women’s ministry  emphasizing a lifestyle of prayer and community. She also has served in development roles for several nonprofit organizations. She joined Stonecroft’s staff April 1.

Whitney appreciates the Stonecroft partners she’s encountered so far. “These women have such a rich legacy they’re leaving for new generations to take on,” she says. “They have the joy of sisterhood through Stonecroft. I see a lot of lonely women in our communities, and Stonecroft has the solution for that.”

The two directors want to ensure these inspiring stories of transformation continue into the future for women nationwide. They are excited about helping to make that dream a reality.

This fall they will travel to more regional events to meet volunteers and hear their Stonecroft stories.

Both Jessica and Whitney live in the Kansas City area with their families. Jessica and her husband, Dave, have two sons. Whitney is married to Michael, and they have three daughters.

Jessica and Whitney look forward to bringing
you resources such as this helpful video:
http://bit.ly/friendsofstonecroft.