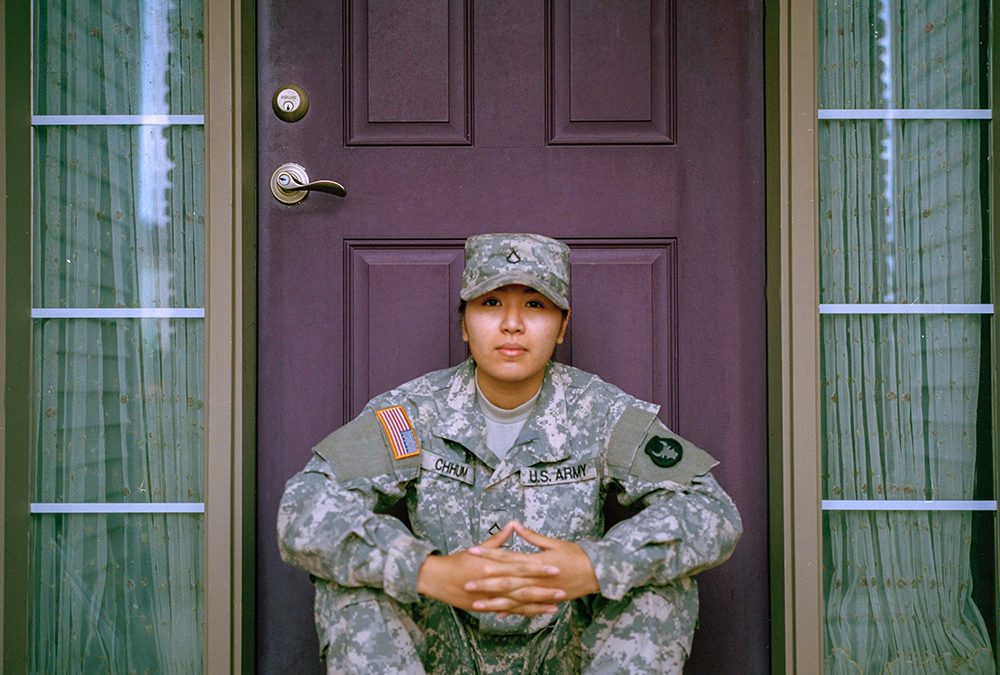 And, now, Stonecroft is there.

In November 2018, members of Stonecroft’s National Military Team, who minister on several bases and posts across the U.S., traveled to Fort Jackson to speak with 75 fledgling female soldiers preparing to leave for their first assignments.

“They were emotional,” said Stonecroft Team Leader Teasia Levin. The servicewomen had bonded during 10 weeks of arduous drilling. “They’d just made these friends, and they were being separated again. There was lots of crying going on.”

The lead chaplain at Fort Jackson was troubled, too. He knew exactly what these young women were about to encounter as they were deployed, especially on bases where men outnumber females 20 to 1.

The chaplain asked the Stonecroft volunteers to speak on purity – and on not falling for lies the women were sure to hear.

As a retired Air Force major, military wife, and mother of a daughter in the Navy, Stonecroft Speaker Tammy Ortung has heard it all. After an icebreaker activity and a skit that got everyone laughing, she faced the group. “This was fun,” she said. “But I want to talk with you about some serious things now.

“You’ve got to be prepared before you walk out that door,” Tammy said. “You have no idea what it’s going to be like out there.”

She candidly shared her own experiences: what she did, what she should have done, what she could have done. She noted resources that were out there, and why she didn’t take advantage of them. And she revealed what she did when she finally realized she couldn’t face the challenges of military life on her own.

At the end of her presentation, Tammy challenged each of the 75 recruits to do as she had done: Take Jesus as their Battle Buddy. “I’m going to be out in the hall,” she said. “If anyone wants to speak with me one-on-one, I would love to meet you out there.” A line formed.

The needs shared were real: “I’m only 18, and I’m supposed to be an adult, but I’m still just a growing child who’s honestly afraid of this big world I’m going into. Please pray for me,” shared a young soldier.

Several young women revealed they’d joined the military to get away from a predator. Four had been sexually molested; one had a miscarriage when she was only 12 years old.

When the post-event comment cards were gathered, 52 of the 75 young women had indicated they had made decisions to take Jesus as their Battle Buddy. Nine more rededicated their lives to Christ.

Only one soldier completely declined the offer. “I don’t need a Battle Buddy,” she wrote. “I’ve got this.”

“If only we could figure out who that one was!” Teasia said.

As a result of this successful event, Stonecroft’s National Military Team has been invited to speak to graduating servicewomen at Fort Jackson on a regular basis. That’s young women from up to five battalions, every 10 weeks.