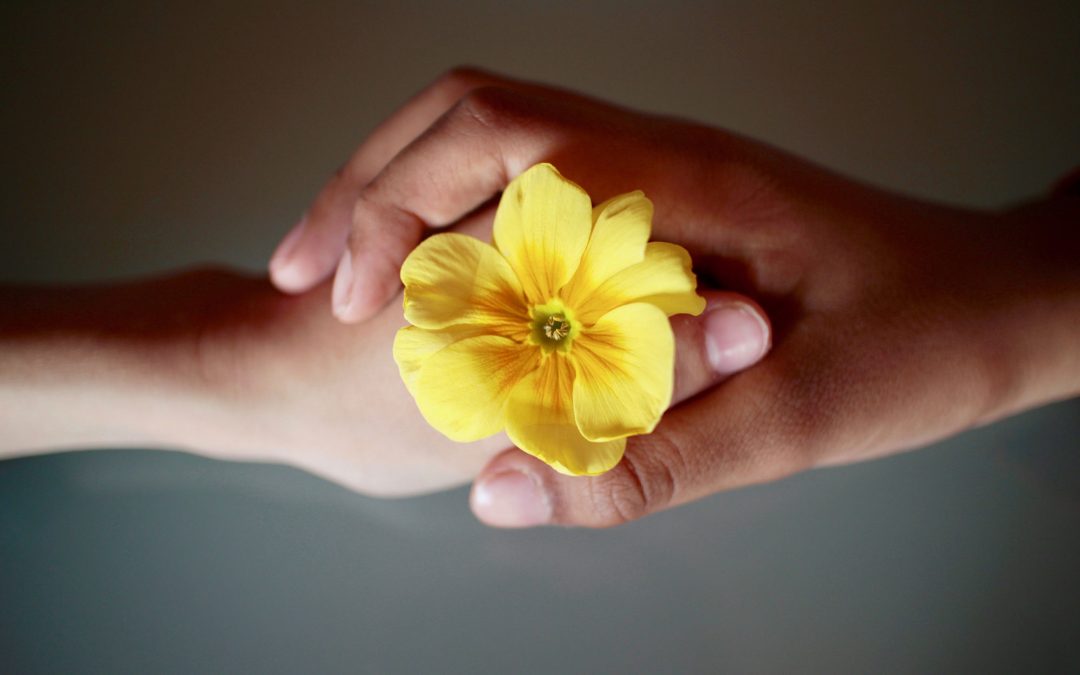 Feb. 24, three days before her 30th birthday, Nicole Salmond lay in a hospital bed in Cheyenne, Wyoming, grappling with the news that her unborn baby had no detectable heartbeat.

A group of family members and friends gathered to support her. Heather Kibler, a close friend and fellow Stonecroft Military volunteer, suggested they all join hands and pray over Nicole.

Nicole, then 17 weeks pregnant, suffered a miscarriage several hours later. Her second miscarriage in four years, it was a tough time for her and her husband, Peter. But the community they’d built during their nearly six years at F.E. Warren Air Force Base in Cheyenne rallied around them.

“When you’re in the military, you learn to make your own (extended) family wherever you are because your real family is usually so far away,” says Nicole, whose husband serves in the Air Force. “You need a close community of people who are able to be there for you.”

When Nicole came home from the hospital, friends brought meals, offered emotional support, and helped to care for the couple’s 3-year-old daughter and 7-year-old son, who has autism.

Nicole soon returned to the Monday morning Pray & Play group she and Heather lead on base. Stonecroft’s Pray & Play offers moms of young children a way to connect with each other as they get introduced to God and deepen their knowledge of Him while their kids play together.

Interacting with the group’s participants that morning, Nicole discovered that a woman sitting across from her had suffered a miscarriage on Feb. 24, too – also at 17 weeks into her pregnancy.

“God really connected us,” she recalls. “Since then we’ve been able to be there for each other and to see how God is working in our lives” amid the grief.

Nicole and Heather watch God forge similar connections in the lives of other military moms who attend the Pray & Play group they started last November at a coffee shop with a bounce house for kids. Group members study God’s Word together through the Pray & Play devotional book. Participants include women who are seekers, new believers, and mature Christ-followers.

“Feeling isolated is a common problem among military moms,” says Nicole. “Often they can feel like a single parent since their husband may be gone for long stretches of times” because of overseas deployment or away-from-home assignments in the U.S. Pray & Play is one way to break free from this isolation they so often feel.

“We had one mom come to our group who said she had been on the base a year and was just then starting to make friends,” Nicole relates. “We had another mom whose little boy wasn’t sleeping through the night, and she felt isolated and overwhelmed. We’ve been able to encourage and support these women – and others with these same kinds of struggles.”

Nicole Salmond and her husband, Peter

First-time guests visit the Pray & Play group almost every week as more women hear about it through social media, by word of mouth, and through outreach events led by the Stonecroft Military team.

“It’s a laid back, non-threatening way to study the Bible and reach women where they are, as they are,” says Nicole. “We all have something we’re going through and we can help and support each other during times of joy and in hard times, too. Being a military spouse isn’t easy, but we all know and understand this life.”

The Stonecroft Military team at the F. E. Warren expanded the reach of Pray & Play this summer by taking it off base to other locations in the area, such as different parks and museums. Recently, several local moms who aren’t connected with the military learned about the group through Facebook and started attending, too.

“The more the merrier!” says Nicole. “It’s awesome to see all the women who come to this group feeling welcome and feeling God’s love right away. It’s a gentle way to show God to women without making them feel uncomfortable.”

“It’s our ‘go-to’ Bible study for military moms,” says Teasia, who works with Stonecroft Military across the western and mountain states. “The average (U.S.) military family has 3.5 kids. … The great thing about Pray & Play is that it allows these moms to interact with their children during the study; there are activities the moms do with their kids, like praying with them and getting down on the floor and playing with them. And these moms don’t have to find child care to attend the group, so that’s one reason it’s gone over so big.”

Teasia notes that the simplicity of the the Pray & Play study makes it easy to lead, so she often uses it as a tool for mentoring new leaders to serve on the Stonecroft Military team on the base. She usually guides the group’s first session and then quickly involves some of the group members in leading the rest of the study. “You don’t have to be a Bible scholar to lead Pray & Play,” she says.

Nicole and Heather have followed Teasia’s practice of mentoring new leaders through Pray & Play at F. E. Warren. One of them is Brittany Evans, a new mom whose husband travels frequently for the Air Force.

Brittany started attending the Pray & Play group when her son was just a few months old. A long-time Christ-follower, Brittany already knew a lot about the Bible, but she hadn’t studied it from a parent’s perspective. When she saw a Facebook post about Pray & Play, she seized the chance to delve into God’s Word with other moms – and to connect with women who understand the unique challenges of military life.

“The people in our group have almost become a family,” Brittany says.  “Everyone is pretty open, so we can talk about whatever we need to. We’re real and we’re honest with each other.”

Pray & Play is a weekly highlight for Brittany, who now serves on the Stonecroft Military team at F.E. Warren. “At the end of each week, I can’t wait until the next Monday morning when I can hang out with these girls! When I go to the group sleep-deprived and feeling like I don’t know what I’m doing as a new mom, the other moms have advice and encouragement,” she says. “We’re all giving and receiving encouragement – and learning what it means to be a positive mom.”

Nicole adds, “It’s so awesome to see all these women connecting and building friendships over God’s Word – asking questions about the faith, studying the Word together.”

Nicole is grateful for the opportunities God has given her to serve.

“Stonecroft has changed my life tremendously,” she says. “My heart bursts with joy over what this ministry is doing – not just here on our base but worldwide. I didn’t know why the Lord chose for my husband to join the military almost six years ago and what He had planned. Now I know that He had bigger plans than I could ever imagine. I’m so blessed to be a part of this amazing group of women, helping to show the light and love of Christ.”