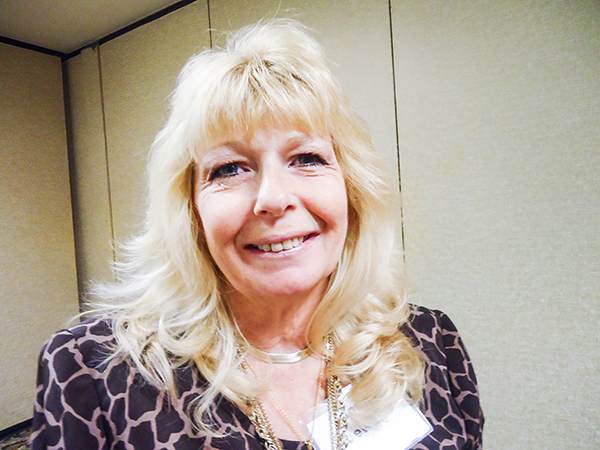 When Tammy was 17, she went to New York on what was supposed to be a three-day vacation. Tammy never got to go back home. A sex trafficker “purchased” her for $500 and locked her in a house in Queens.

As the years passed, Tammy became “a very high-class call girl.” She had money to spend, but longed for something more, something better. When a former boyfriend died and left her money in his will, Tammy purchased her own home in Ohio and left the sex industry. She began to help other women leave it too, but still felt guilty, ashamed. “I was lost,” Tammy says.

Stonecroft volunteer Diane Hendrickson met Tammy in a Zumba class and invited her to church. Tammy didn’t want to go. “… I wasn’t worthy enough to walk in God’s house,” she says.

But Tammy eventually went to church for the first time in 36 years. She felt a new and exhilarating feeling, and she learned that Jesus Christ accepted her exactly as she was. “Of all the men I’ve worked with, I knew this man wasn’t a liar,” she says. She gave her heart to Him.

Then, Tammy found the girlfriends she longed for when she met the Northwest Columbus Christian Women’s Club. Diane, the Group’s Chair, invited her to an event.

Now that Tammy has found God’s love, her whole life revolves around sharing it with others. She goes from door to door in her community and gives out invitations to The Prayer Gathering, a Stonecroft Prays! that she and Diane started at a city park.

Tammy says, “The Gathering is so important to our community because people are afraid to come out of their houses. … It’s a drug infested neighborhood. Children are raising children.”

Twenty-seven people came to the August Gathering, which ended with a picnic lunch.

Tammy says, “I saw gang members walking up to the park with their grandmothers. They stayed and they prayed. I got in touch with the head of one of the gangs and they’re going to come to our next meeting. I’m trying to teach the gang members about Jesus. A lot of them really want to know. …”

The Gathering offers hope and peace. They’re even planning a Stonecroft Bible Study for new believers.“I wanted to reach more people and introduce them to the Lord because I feel so great,” says Tammy. “I’ve never had this much family or love in my entire life.”